Yesterday, the weather was perfect and Ryan and I decided to tackle the West Side Highway. We’ve been saying we would bike it since we moved here. Two years later, I’m wondering what took us so long, because it was a blast. 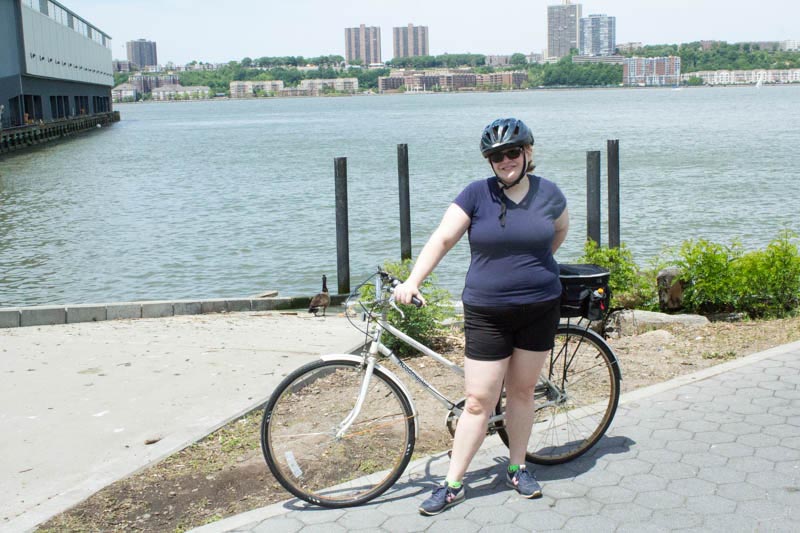 The West Side highway is part of Manhattan’s Waterfront Greenway. I was a little skeptical about the waterfront aspect, because the waterfront route I take in Brooklyn isn’t on the water, not really. But this route followed the Hudson River and we were on the water the entire time. 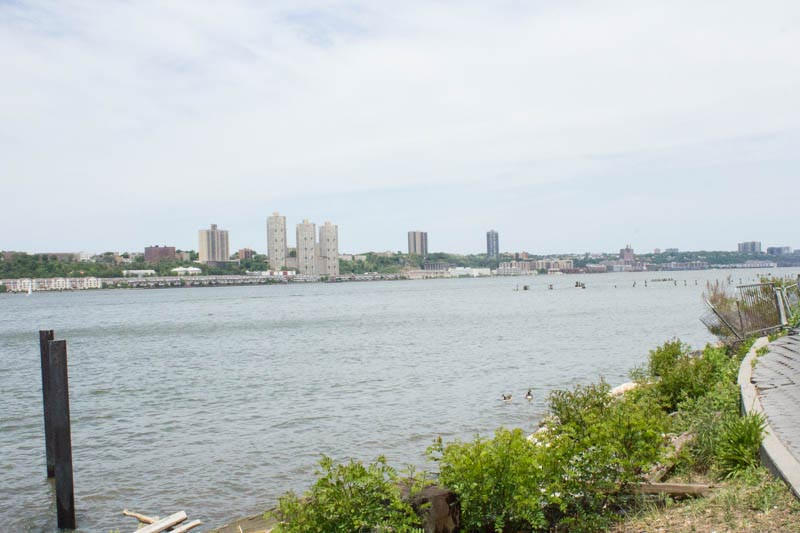 I’m always invigorated when I get near water. I was surrounded by it growing up and absolutely love it.

So our bike date started in Brooklyn. We biked over the Manhattan Bridge, through SoHo, and eventually met up with the West Side Highway. It was crowded, of course, but especially so because of Fleet Week. The bike path touches all of the piers and ports. There were a few times when we had to dismount because of the crowd.

Once we got past 55th street, everything cleared up. We made our first stop at a little park (or possibly part of Riverside Park?). I was excited to see some wildlife (always). Baby geese! 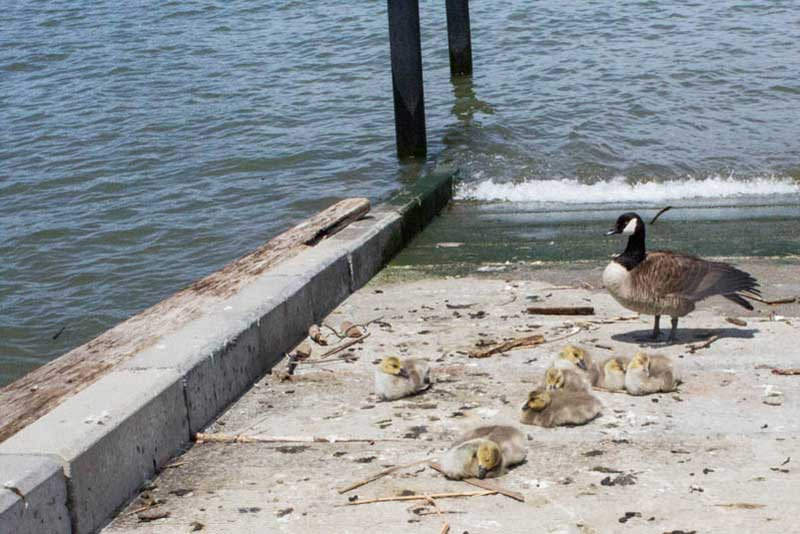 I know these babies are going to grow up to be monsters, but they were so cute! And the mama was surprisingly nice and let me get pretty close.  Also, we ran into a mallard and his lady. He was looking very handsome. 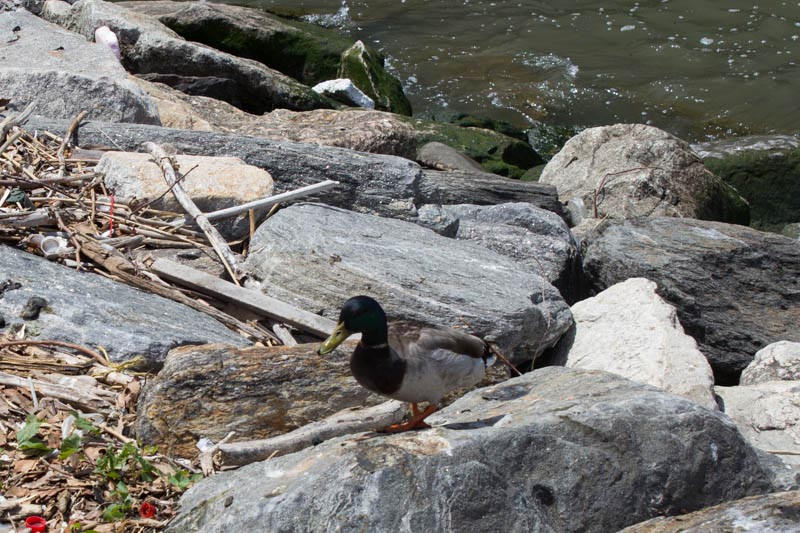 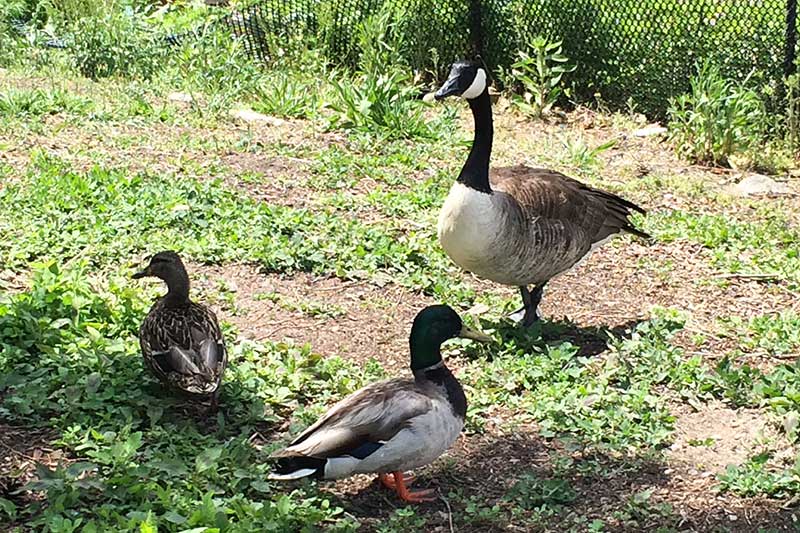 My grandma instilled a love of mallards in me.

We ended up biking up to 125th street and cut across to eat at Seasoned Vegan in Harlem. After some fried “chicken” and pancakes, we felt fueled enough to head back.

We didn’t have a clear path back to the West Side Bike Path so ended up biking around Morningside Park and then through Riverside Park. After a few miles of biking, we stopped at a helipad to watch a huge helicopter take off. That was a first. Then we continued biking in silence until we stopped at a park south of Chelsea to take pictures of the flowers. 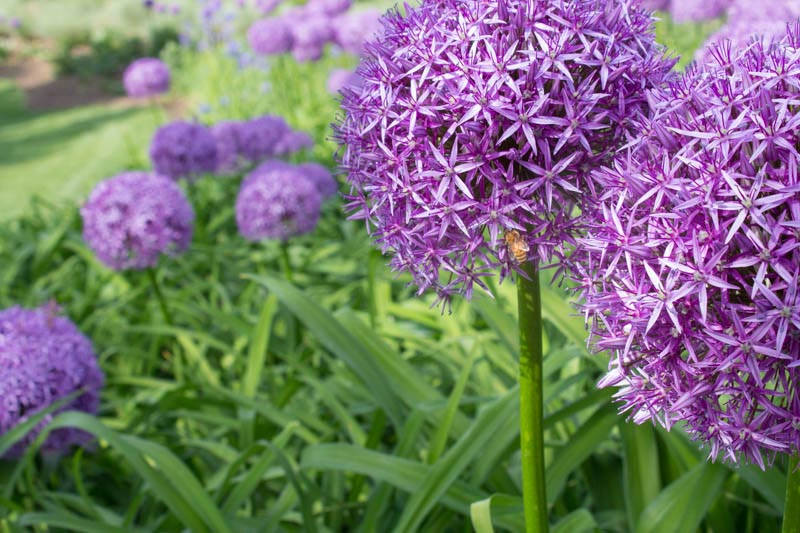 The park had a nice view of the water and downtown. Can you spot Ryan and our bikes? 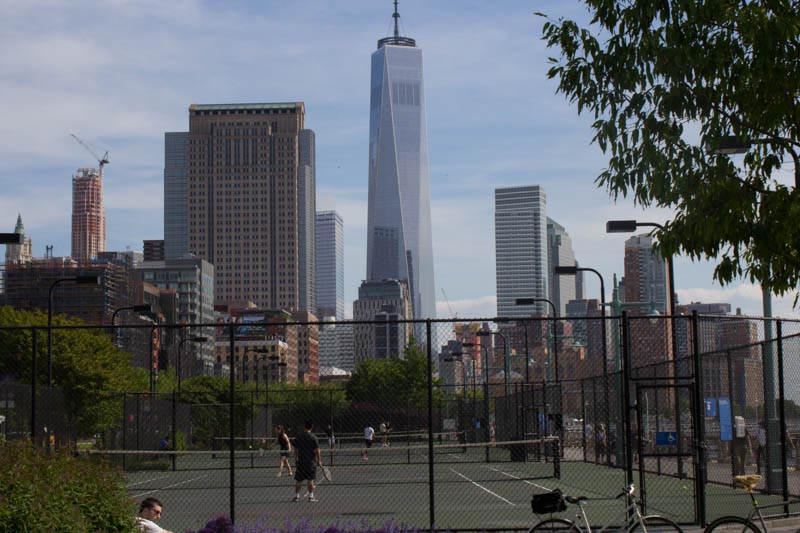 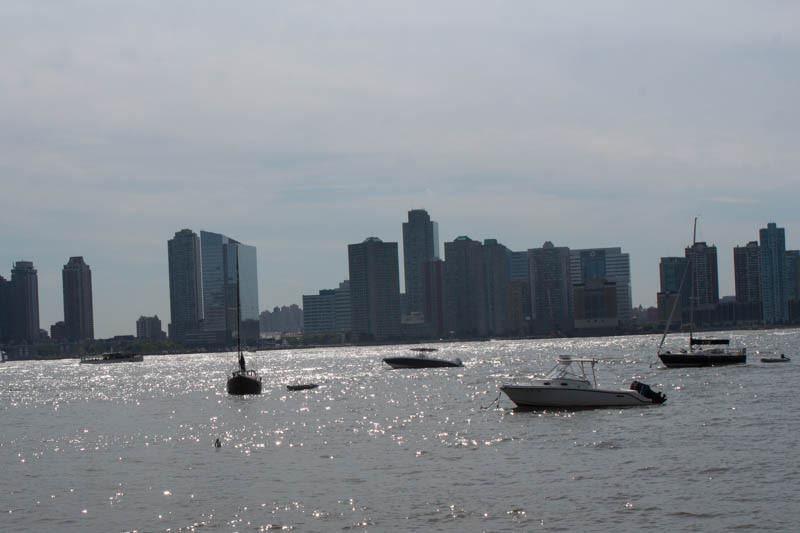 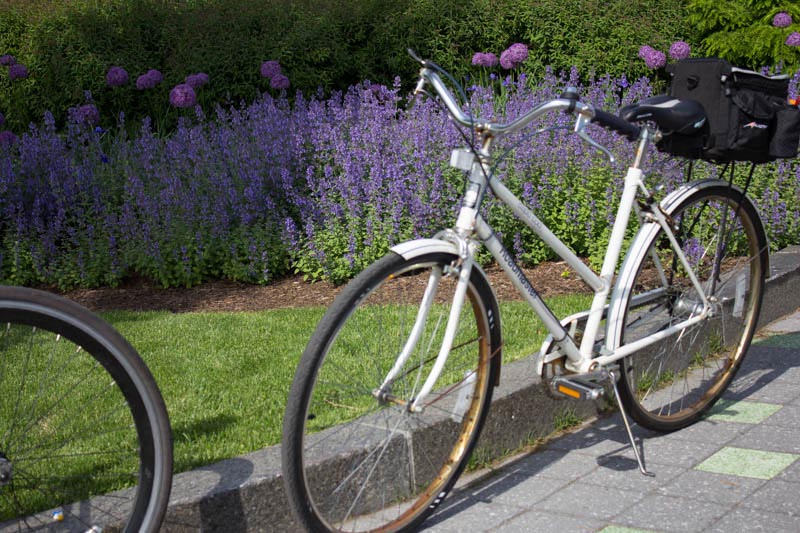 I love my bike. It’s kind of crappy (it’s a Wal-Mart bike from the 90’s), but it’s been wonderful to me. It’s not fantastic for every-day commuting. It’s slow and weights almost twice as much as Ryan’s bike, even though his bike is much bigger than mine. But I think it’s super cute and fits my personality. I mean, I’m slow, and heavy for my size, and super cute. Right? 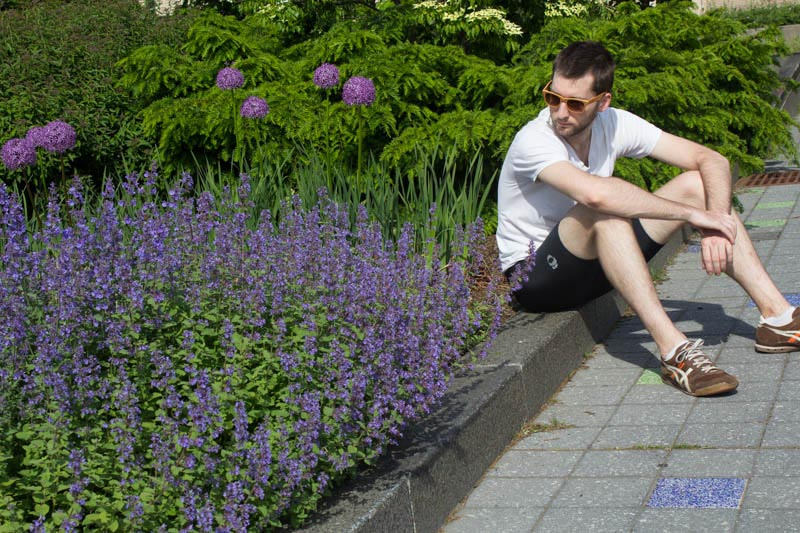 We then headed down to South Manhattan to finish our ride biking the southern tip of the peninsula.  We were pushed off the trail because of some construction and found this weird stone and plant structure by the water in the Battery. 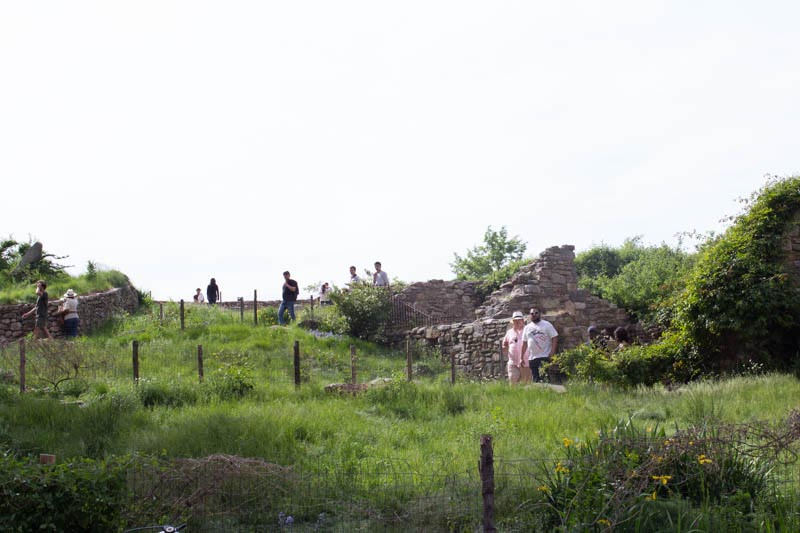 It turns out it was the Irish Hunger Memorial. I thought it looked really out of place surrounded by hotels and concrete and that’s because it’s designed to reflect the scenery of rural Ireland.

We finished up our trip in Manhattan by going down to Battery City Park. I will not do this again. Sure you can see the Statue of Liberty and all of the ferries, but it’s a nightmare. There are people everywhere and the bike lanes are merged with the pedestrian lanes causing frustration for all. There’s also a lot of construction and confusion as to where the bike lanes are. 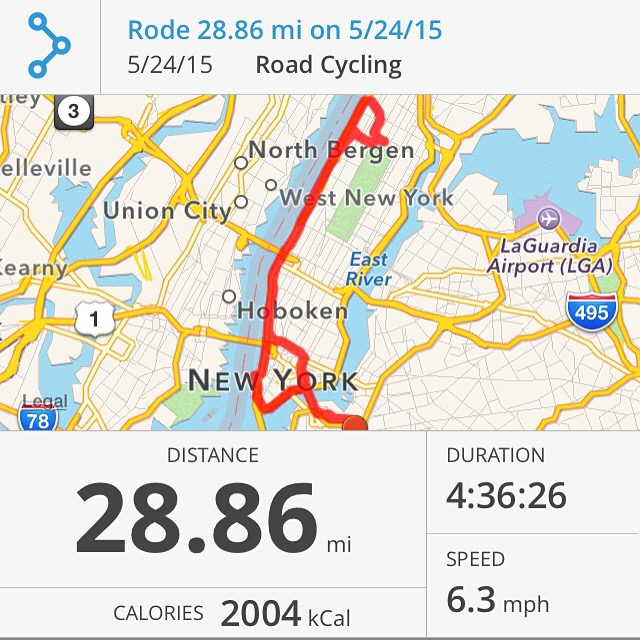 The whole trip was almost 29 miles and we were out for about five hours, so we were pretty exhausted by the end. The distance wasn’t as long as our trip on the St. Mark’s trail, but it definitely took a lot longer due to congestion.

During the past couple of days, Ryan and I have really picked up our biking. This ride put us in at around 70 miles this week, which is the most I’ve ever done!