In our home, pie is a point of contention. For me, pies are a lot of work with relatively little payoff. Ryan entirely disagrees, but of course, he’s not the one making the pies. 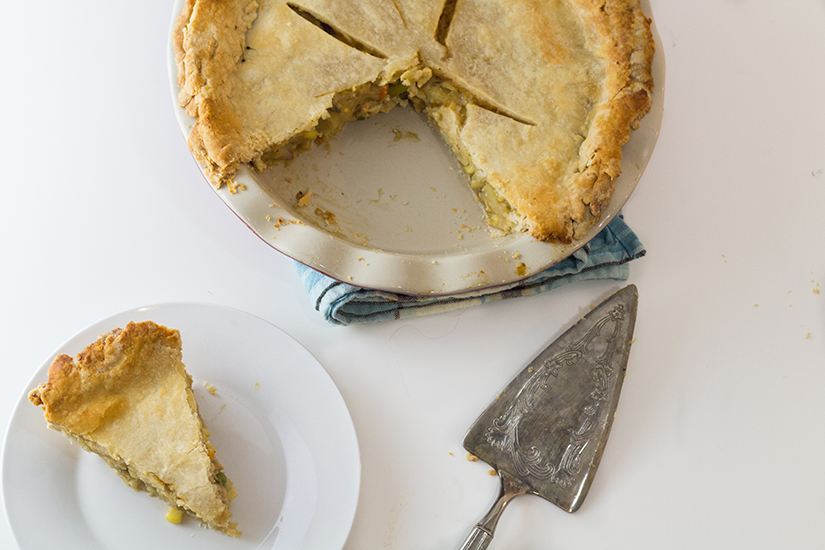 It’s usually the pie crust that pushes me over the edge from “maybe I’ll make that” to “hell no.” I’m too stubborn to buy the pre-made crust, which frequently contains lard. And the idea of cutting butter into flour, rolling out dough, cleaning flour off the counter because, of course, I get flour everywhere…it’s just exhausting.

Pot pie, in particular, is something that took Ryan a long time to sell me on. It was a while before he convinced me that a pot pie can be more than the frozen, pea-filled, slightly fishy tasting, microwaveable flour brick of my childhood. But he asked nicely, if not repetitively, for a vegetable pot pie and how can I deny his cute face? 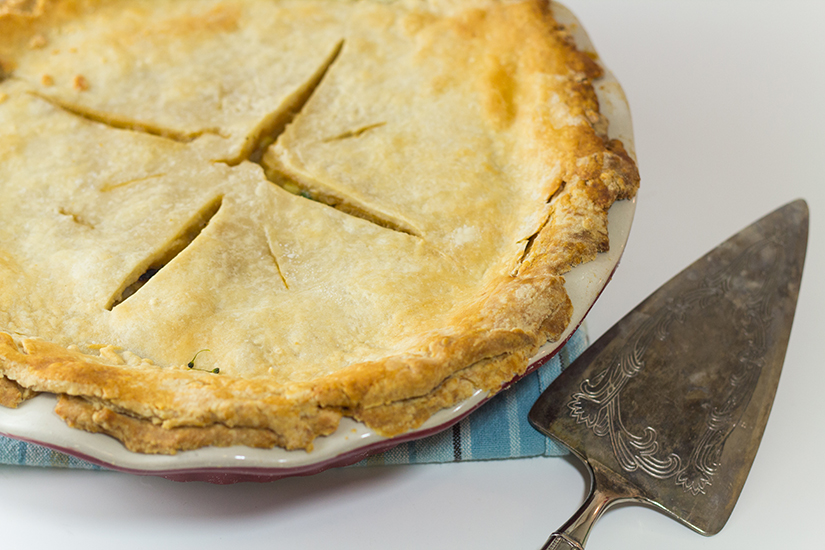 If you aren’t intimidated by a little hard work, this vegan pot pie might just be for you. Or, in my case, your loved ones.

With the holidays just around the corner, this pot pie would be a perfect centerpiece to your vegan Thanksgiving or Christmas dinner. Or, if you’re like us, it can be one of many centerpieces. The thick and buttery crust holds together a warm and nourishing center that leaves you feeling heavy, contented, and warm. 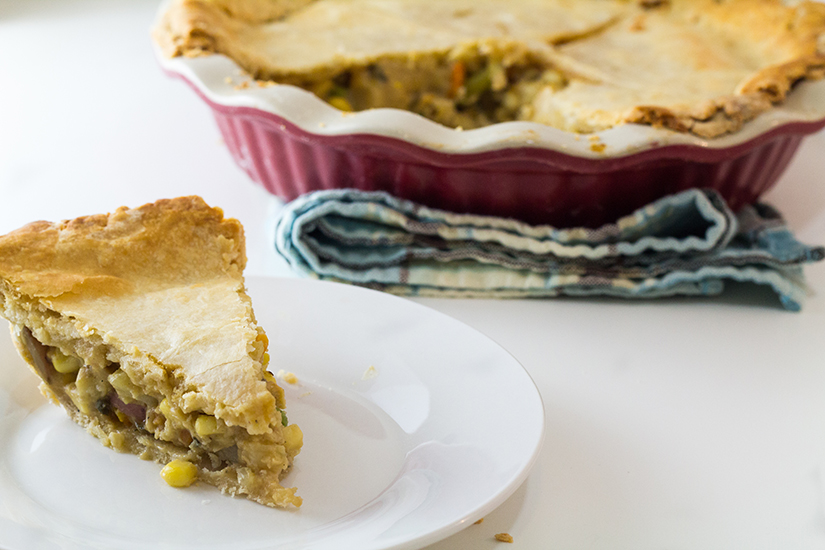 I searched the web for a vegan pot pie recipe, but couldn’t find one that satisfied me. A lot of the recipes seemed to cut corners in some way. Hell, I did too by adding a frozen veggie medley. Part of the reward in cooking such a labor-intensive pie is the process of making it.  It’s clearly a pie for special occasions. One that is made slowly and consumed even slower over a glass of wine and a candlelit dining room table. 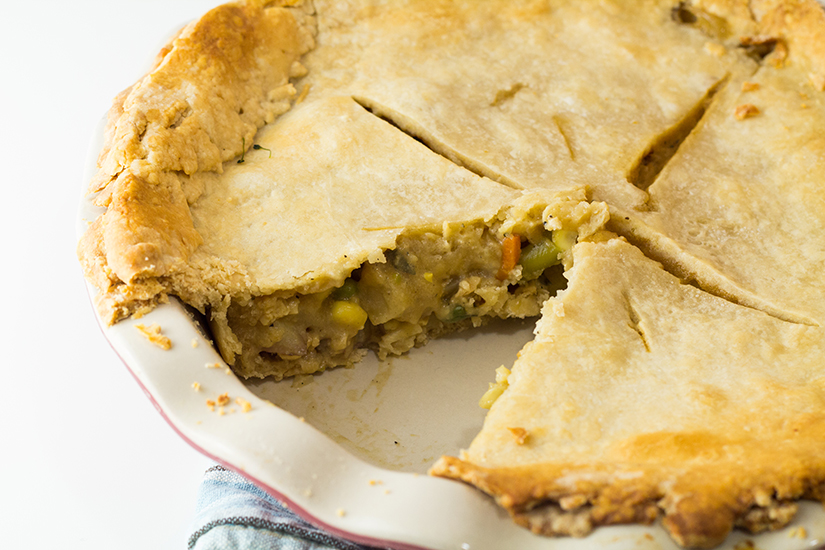 If you’re concerned about the time it will take to make this during the holidays, don’t worry. You can freeze the assembled pie uncooked and place it in the oven when you’re ready to eat. I doubled the batch and froze an entire pie for later. Definitely worth it. 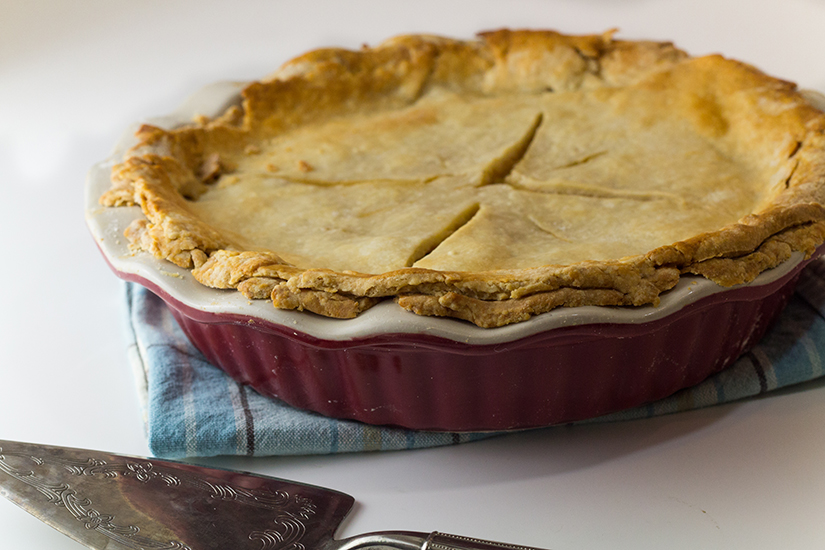 I’ve adapted this a couple of different ways. I’ve added Follow Your Heart mozzarella style cheese and  vegan sausage crumbles. Both were very good, but I’d avoid doing both at the same time because it gets a little too salty.