My air conditioner broke and I caught my first glimpse of fireflies, which confirms summer is upon us. To combat the heat, I’ve been running on some trails. My friend Adrienne and I took a trip down the  Fern Trail [.pdf], which is close to my house. I brought my iPhone to snap some photos of the trail. 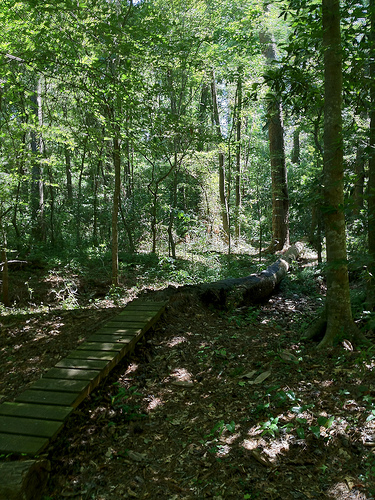 Then later that week a group of us went out to the Leon Sinks for a hike with the Florida Trail Association. It was pretty hot outside, but the trail is mostly shady. The area has wet and dry sinkholes. It’s the longest underwater cave system in the United States. 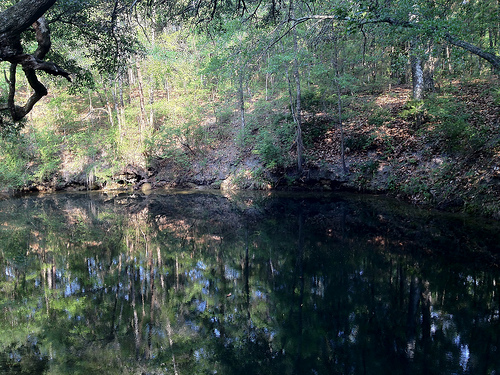 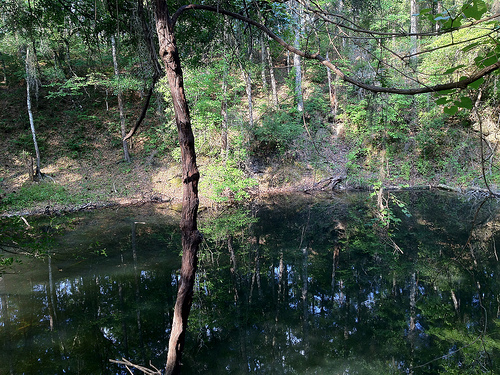 The next day we took a paddle down the Wacissa River. I risked my camera to grab some photos. 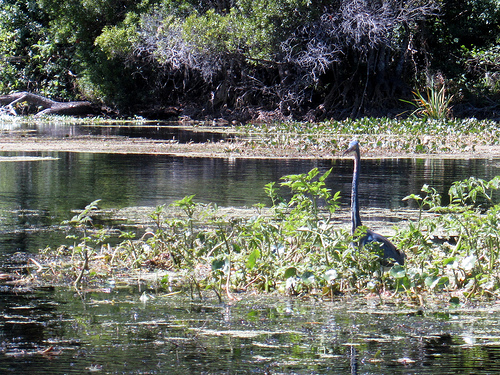 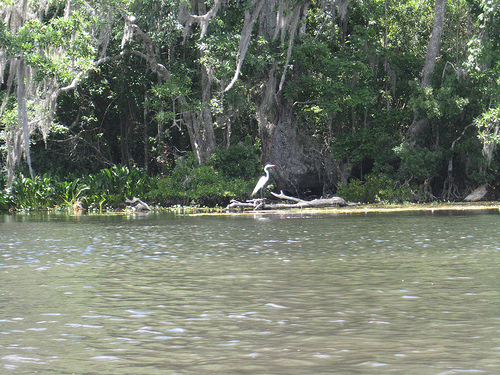 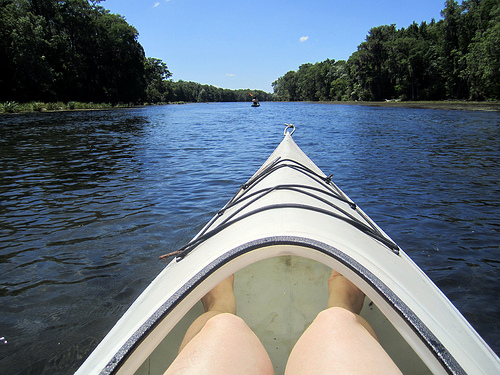 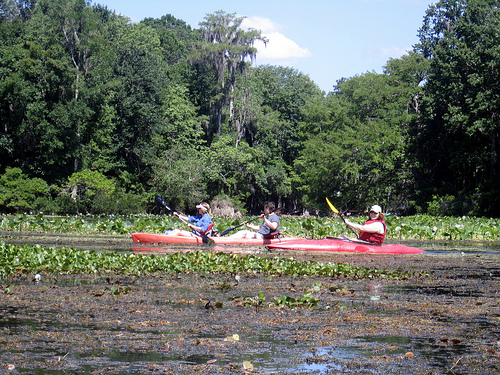 Last time I paddled the river, I saw tons of alligators. I think there were too many people on the river today, because I didn’t see any, which was great, because we were ready to go swimming. 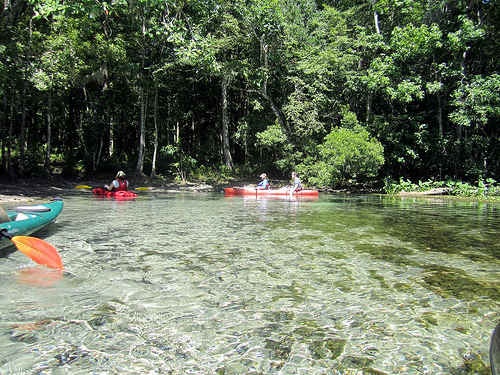 The water was beautiful, but freezing. 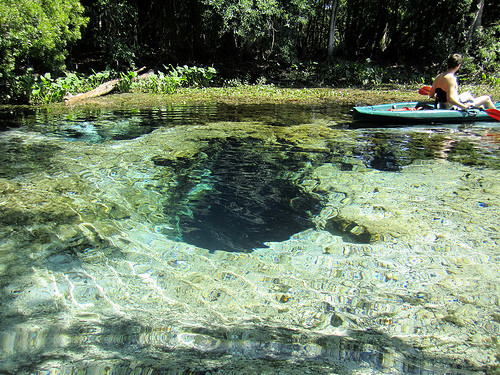 This is Cassidy Spring. That person in the kayak is my boyfriend. You can dive into that deep hole and swim through an opening within the rocks and come out the other side. My friend and I spent a great deal of time trying to do this. It was pretty challenging because the opening in the rock is a couple of feet deep and the spring water pushes you up. Yes it was dangerous and stupid, but it allowed for ten minutes of bragging rights, so it was worth it.

The famous spring off of the Wacissa is Big Blue. It’s about 70 feet wide and 45 feet deep. I forgot to take a picture, but it’s a beautiful spring and a photo wouldn’t have done it justice.

I’ve become such a junkie for all things outdoors. I can’t get over how beautiful and verdant Tallahassee is during this time of year. Even the drenching humidity, heat, and summer thunderstorms can’t keep me away. 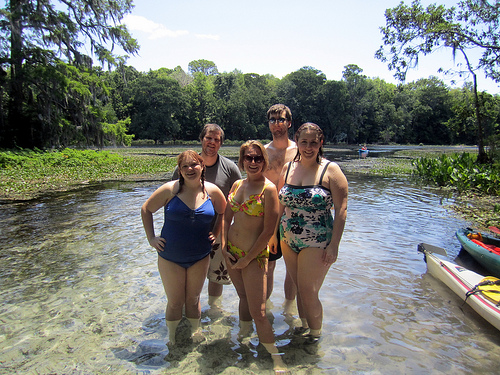