Piggybacking off of this post where I emphasized Easter crafts using real eggs, I wanted to share this: 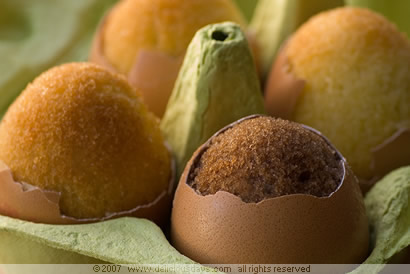 Instead of putting eggs in a cake, how about putting cake in some eggs?

This is too weird, but lots of fun.  I’d love to try this with muffin mix.

Image and tutorial from Delicious Days.

I made my first cake for a real event – meaning, not a friend’s party, but a professional one. I’m an event planner for our college and we’re always buying cakes, but my boss said if I’d like to practice decorating, I can make them. I made this one over the weekend. 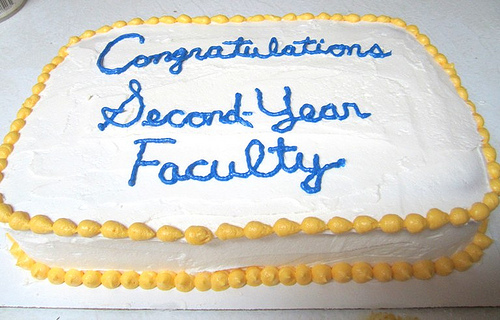 Cake decorating is not for the faint of heart. Because of a few mishaps, this took a long time. And I held my breath through the entire spelling of “Congratulations.” Then I became lightheaded. 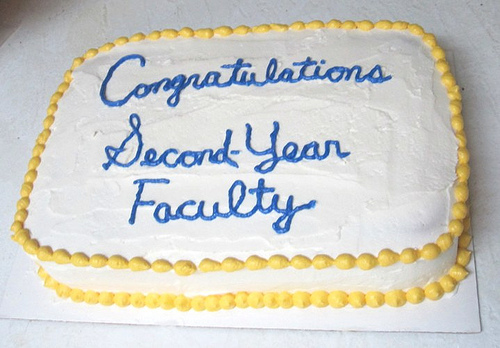 I used a frosting recipe found here. It was a perfect recipe and a major reason for the success of the cake. It was easy to work with and didn’t melt.

The cake was another story. I really am an amateur at boxed cake mixes. They have a mind of their own and defy all laws of baking. The yellow cake had pudding in it, which I completely recommend against. It undercooked, but only in a particular spot. I didn’t notice until I cut off the top of the layer. I put it back in the over for at least 20 minutes, where I risked drying out the rest of the cake. Once baked and cooled, the yellow cake created this weird film (similar to stuff found in pudding) and it stuck to everything, including wax paper. Boxed cake mixes are 1. disgusting and 2. always have holes in the cake (what is with that?).

Maybe I’m just annoyed because I broke a layer. The boyfriend heard me pouting over the broken cake and quickly came over to take a slice, thanking the cake gods for this fortuitous event.

I used the broken layer to make cake balls. 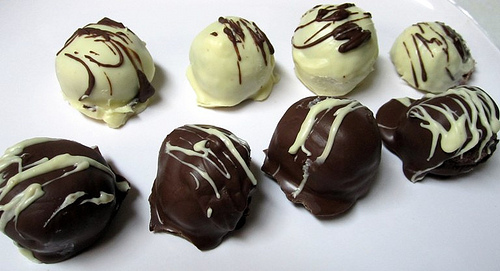 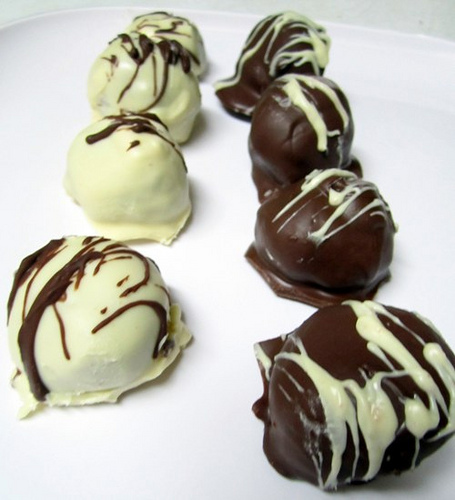 Recipe via Bakerella. I’ve made these tons of times and the experience has paid off. This is probably the prettiest batch. I would really like to find a substitute for the can of frosting you add to these. Any suggestions? 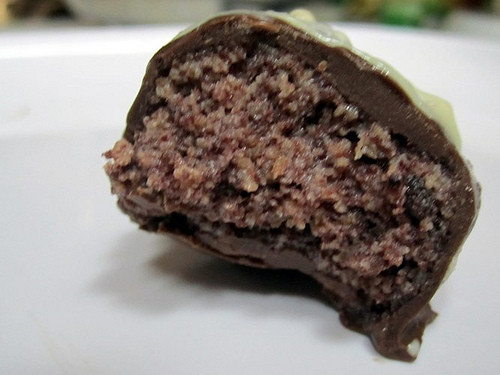 It was a marble cake, which looks more chocolate once crumbled and mixed.

Oh, and the cake was a hit. The boxed cake recipe and frosting made a delicious combination. I’m pretty sure no one noticed it was “homemade.”