On weekends, I like to have pancakes. The association is so strong, that when I don’t have pancakes on the weekend, I know something is amiss. So after a somewhat lazy weekend of avoiding responsibility, Sunday evening rolled around and I started really craving pancakes.

I walked into the kitchen and  announced to Ryan, who was already cooking dinner, that I’d be having pancakes instead.

The weekend pancake tradition only started a few months ago. For years, I never cooked pancakes. They always ended up burnt or under cooked, and were never fluffy (even with Bisquick!).

But one freezing winter morning in NYC, when I didn’t have anything to cook for breakfast and it was too cold to go grab something, the ingredients for pancakes were there staring me in the face: flour, an egg, and a little milk. It was time to face this. 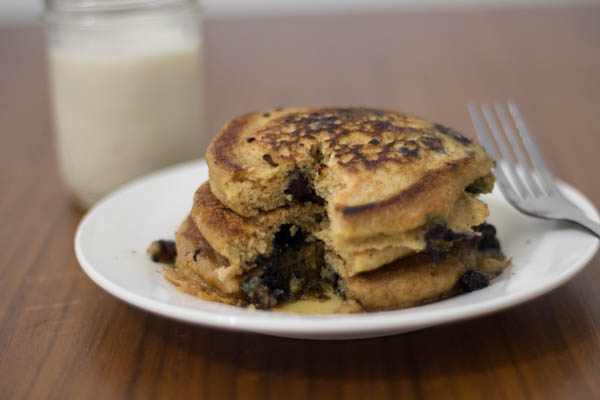 Much to the delight of my roommate and my carb-loving cat, in the years spent avoiding pancakes, my cooking skills have improved, so they weren’t that bad. And over the course of a few months, they’ve become really good. Like, diner-quality good (diner pancakes = the best). I’m even getting brown crispy edges, like they do in photos. I always used to ask, “how do they do that?” 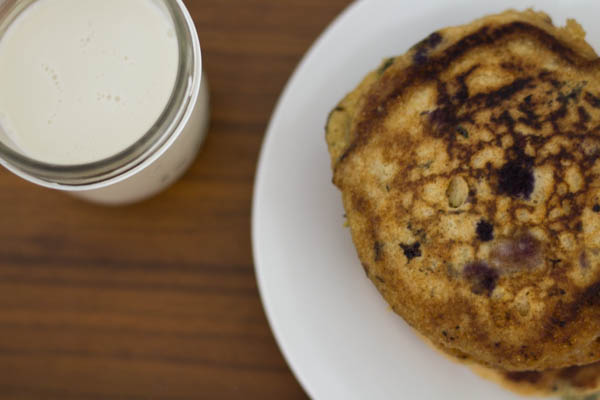 Well, I’ve figured it out and I’m here to share it with you. 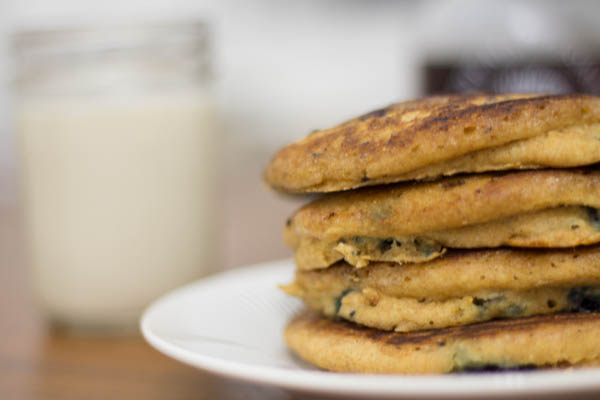 It’s safe to say that dutch babies have become a mild obsession in my house. I went 26 years of my life in ignorance of their existence, so, really, I’m just making up for lost time.

This is my third time making them. I’ve started experimenting with the recipe, which is adapted from here.

Straying from the traditional blueberry, I made strawberry syrup. Part of being a grown-up cook requires ditching the Aunt Jemima for pure maple syrup, which is frustratingly expensive, but worth the price. As an adult, I eat much differently than what my parents raised me on. I think I was well into my 20’s before I even had pure maple syrup, we always used HFCS based syrups.

My family also never had a cast iron while growing up. I received mine as a gift from Ryan a few years ago and I love it. When I moved to NY, I packed it in my luggage. That’s commitment.

To make the dutch babies, combine the milk and eggs and whisk with an electric mixer or by hand until they’re frothy. 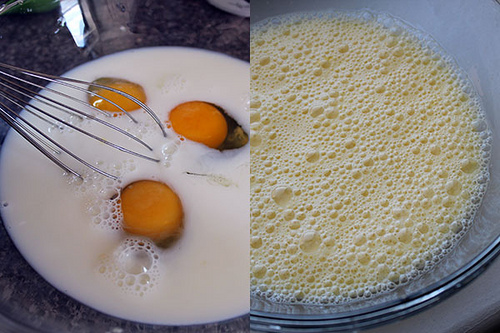 Stir in the flour a little bit at a time, until well combined. Then add the vanilla, salt, and sugar. 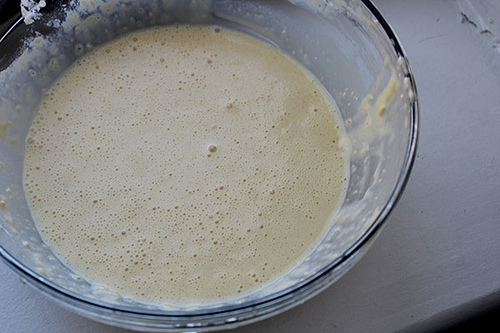 Once your cast iron is hot, carefully remove it from the oven and toss in the butter. Swish it around while it sizzles until it’s completely melted. 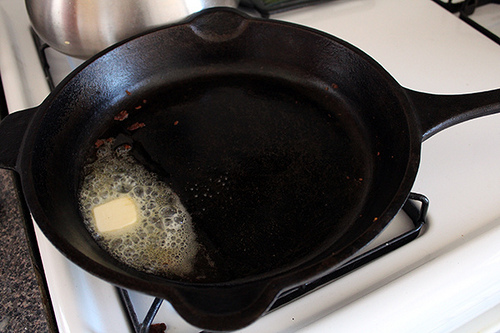 Pour the batter into the cast iron. 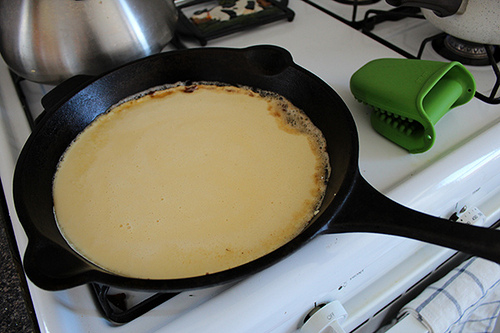 Reduce the oven temperature to 425 degrees and place the skillet into the oven. Bake for 12 minutes, or until puffy and slightly browned. They get really puffy in the oven, but deflate once they cool. 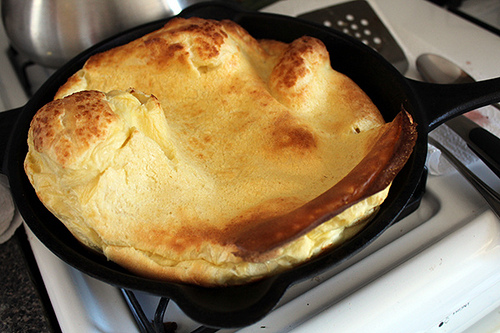 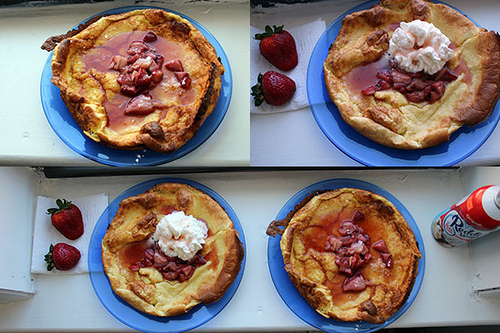 My day before Thanksgiving carb fest has already started. Ok, so it really started on Saturday, but who’s keeping track? 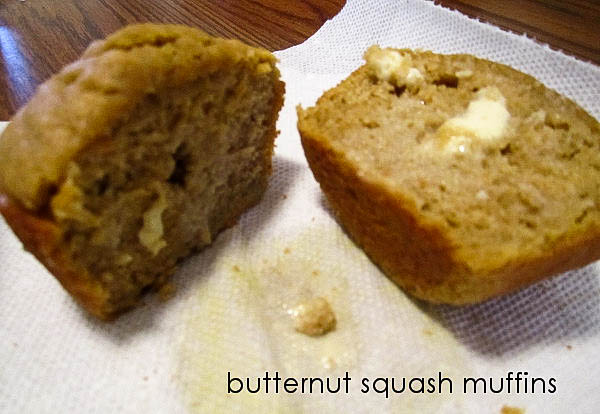 Giant muffins are the best muffins. Slather with butter and indulge.

Sometimes I embarrass my boyfriend when I rave about how gorgeous the kale is at the farmer’s market. It’s the little things that make my week. Also, a bunch of kale bigger than my head was $1. So, I’ll be eating kale all week, more specifically, kale chips.

Hey, it’s 7:10 a.m. and I’ve already had this healthy breakfast stuffed with kale and egg whites. Don’t let me fool you, I’m drinking coffee with Williams-Sonoma Hot Chocolate mixed in (see my new year’s resolution about honesty?). I made this egg bake the night before and zapped it in the microwave for a minute this morning. 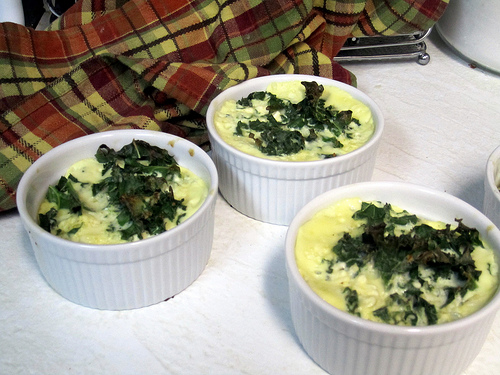 Do it:
-Pre-heat oven to 375 degrees.
-Beat together egg whites, eggs, and almond milk.
-Mix in chopped kale, feta, salt, and pepper
-Pour the mixture into four ramekins. Fill the ramekins about 2/3 full.
-Bake for 20 minutes.

I covered these with plastic wrap and plan to eat them for the rest of the week. 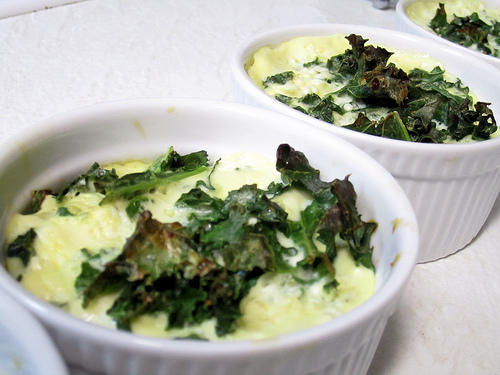 Sometimes you just want to feel like a champ in the kitchen. That was me last night. 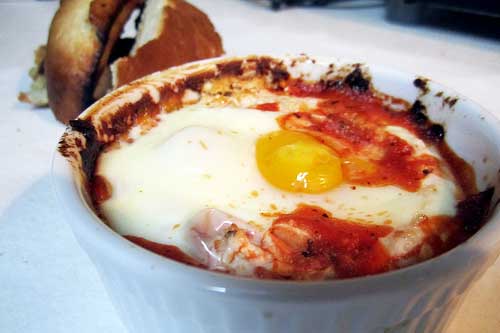 Here’s how you do it:

I ate this for dinner, but I think it could work as a breakfast.