It’s probably no surprise that I love pancakes. They’re perfect just the way they are and I would rather not modify them. So when it comes to making a vegan version, I’m really picky. I’ve gone through so many recipes trying to find the best one. I’ve tried practically every “vegan pancake recipe” on the first page of Google. Many of them come out dense, flat, and oily, with no resemblance to the cakey, fluffy texture I want out of pancakes. 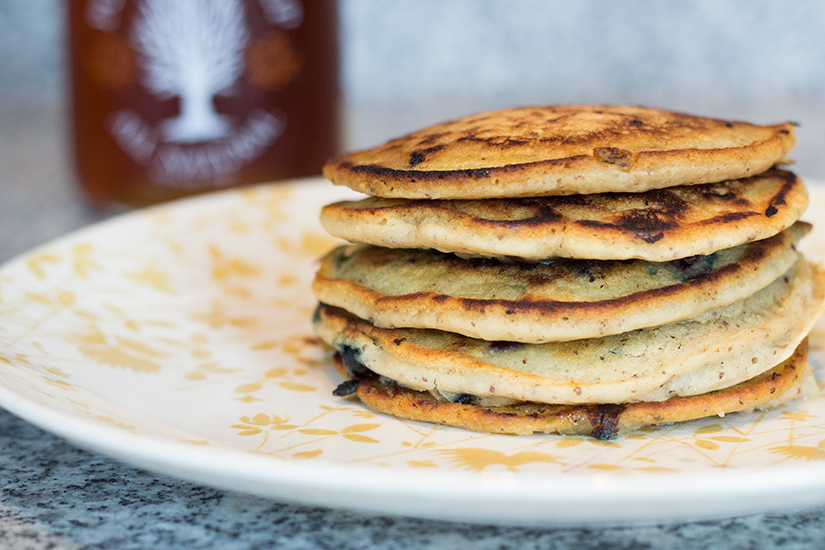 I’ve even tried Champs’ pancakes and was like, “Mmm, sorry, no.”

But I’ve finally found the perfect recipe!  I have made this recipe half a dozen times at least and each time it turns out great! You’d never know they were vegan. They’re perfectly fluffy with the right balance of buttery and cakey goodness with crispy edges. 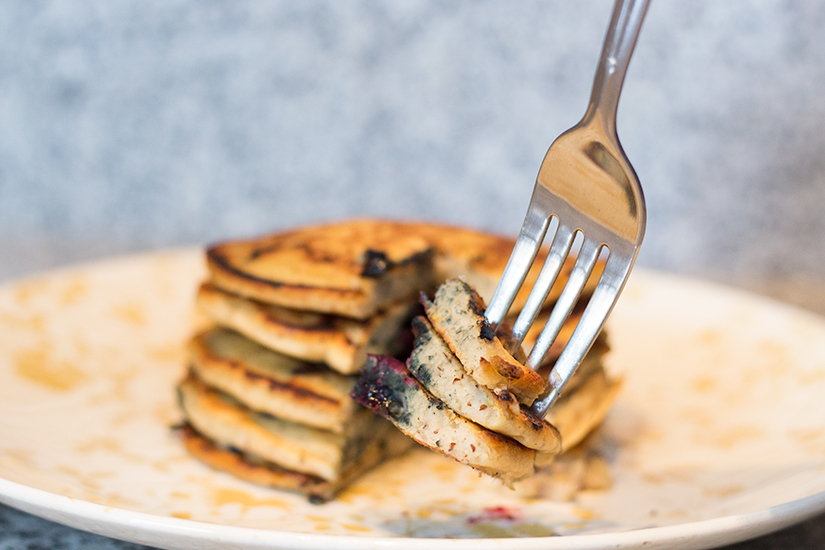 The best part? You only need one bowl. 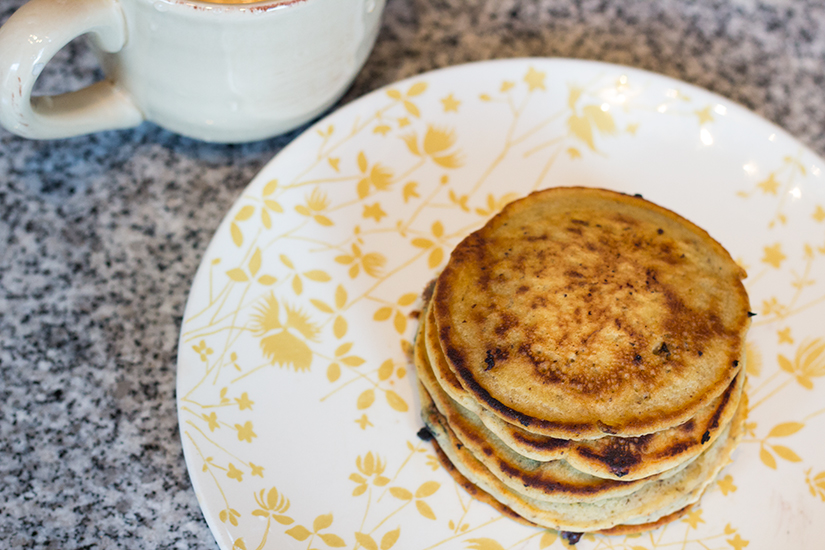 The secret is the flax egg – a mix of ground flaxseed, or flax meal, and water. It’s often used in vegan baking to mimic the effects of an egg.

I’ve made these pancakes with both banana and blueberries and it turned out amazing each time. I use liquid coconut oil which gives them a slightly nutty taste. You can use olive or canola oil, but for the best taste, go with coconut. 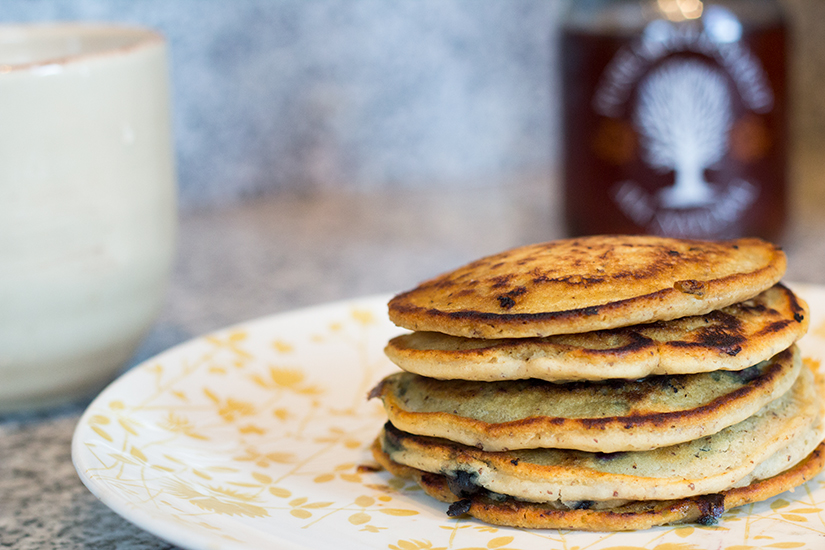 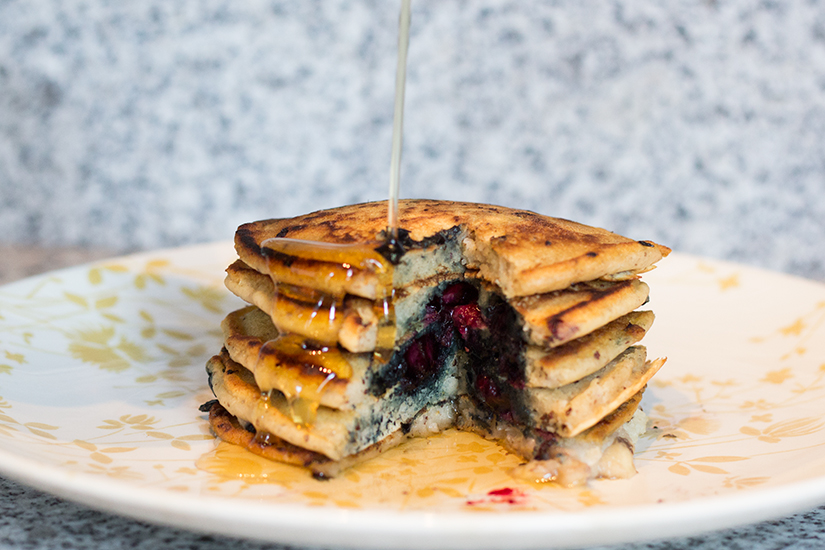 How do you like your pancakes? I rarely use syrup on my pancakes. My favorite are blueberry pancakes with whipped cream. I used to love chocolate chip, but have lately only wanted blueberry. Ryan loves banana and maple syrup.