I completed my second half-marathon! This time was a bit slower than my first one, but I felt better about this one overall. I was in good spirits the whole time, despite a rocky start that morning. So much of running is mental.

We traveled down to New Orleans for this race and rented a house for the weekend. I had two days in a row where I had to wake up before 5 a.m. (including race day), so I was mostly exhausted and worried about how that would affect my run. Since our rental house was about 4 miles from the start line, we scheduled to have a cab pick us up at 5:45 that morning. When it didn’t show up, we panicked and called every cab company around, they were all booked. Luckily, a good Samaritan saved the day and packed all six of us in his small car and drove us to the start line. We had just a few minutes to spare. There wasn’t any time for group photos, so I had someone take a picture of me while I was waiting to cross the start line. 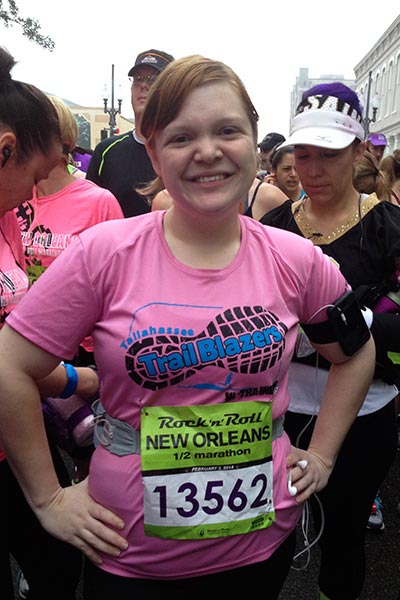 There were more than 10,000 people running the half-marathon, so I actually had about a half an hour to spare. My corral was toward the back, meaning I’m slow and I was one of the last groups to cross the start line. You can see in this picture all of the people ahead of me in my corral. The starting line was about 1/4 mile ahead of this. 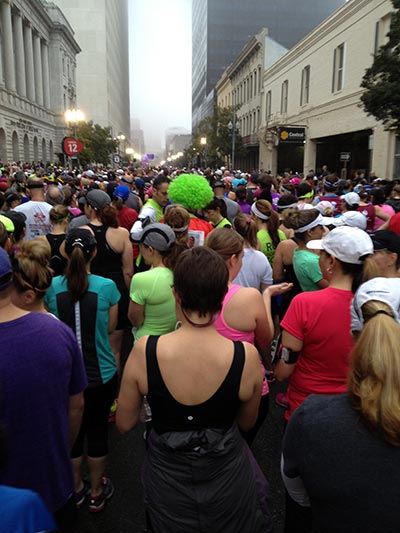 After waiting for the other corrals to cross, I could finally see the starting line and was ready to go! 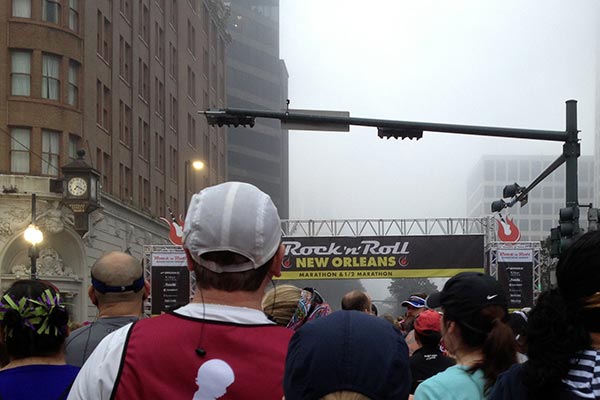 It was a beautiful run down the historic streets of New Orleans. I loved seeing the Southern trees and houses with wrap-around porches. I miss the Southern aesthetic so much sometimes. The race itself was really wet. It was very humid (I don’t miss that about the South) and, at times, rainy. The roads were a little slick at some points too.

I was excited for the bands that the Rock ‘n’ Roll marathon series is famous for, but they were a bit of a let down. There weren’t a lot of them and there weren’t even people standing around watching them, which is what I hoped for. I guess it’s hard to find a race where people cheer you on the entire way, but there were parts of the race where we didn’t have any spectators. At those points, you really have to rely on your internal motivation to get you through the run.

Finishing was, of course, the best part. My friends were waiting for me and Ryan was there. 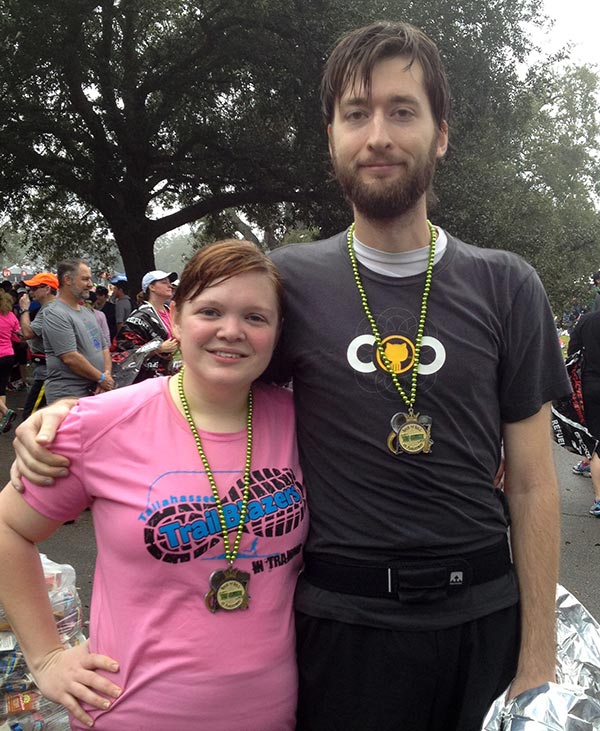 I’m so glad that Ryan and I did the race together. 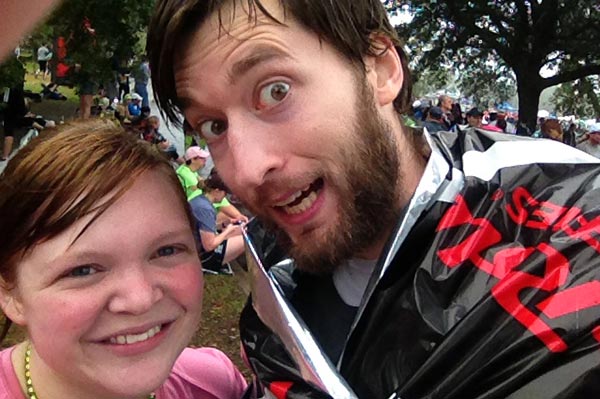 After we finished, we cheered on the marathoners while I enjoyed my post-race free beer. 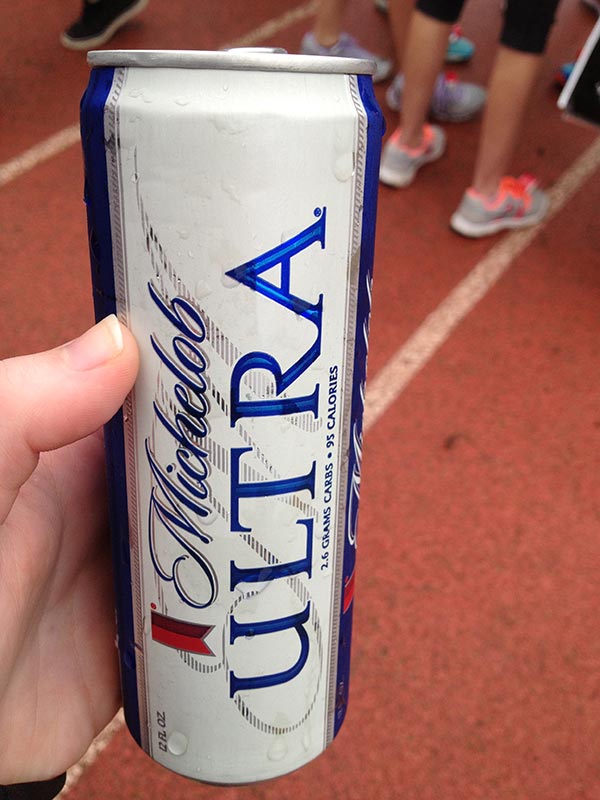 I run for free beer, of course.