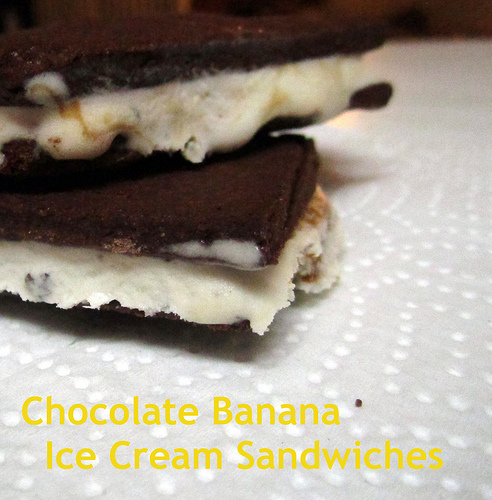 I decided I was going to make an ice cream sandwich you couldn’t buy at the store. Ryan wanted a chocolate banana combo. So I went to the store to buy the banana ice cream. 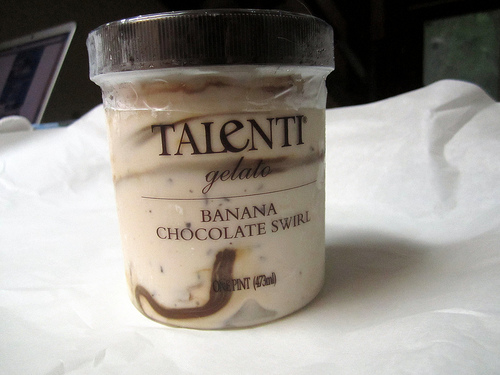 I also bought a pint of chocolate peanut butter gelato. But that pint made a beeline straight to my belly, so no sandwiches there.

2. Take your softened ice cream (or gelato) and spread it evenly throughout pan, so it’s about an inch thick. Don’t worry about trying to spread it the length of the pan, you just want it nice and even and an inch thick. Using gelato didn’t work too well. It was too mushy. It also melted too fast. If your ice cream is starting to melt, be patient and put it back in the freezer for a bit. 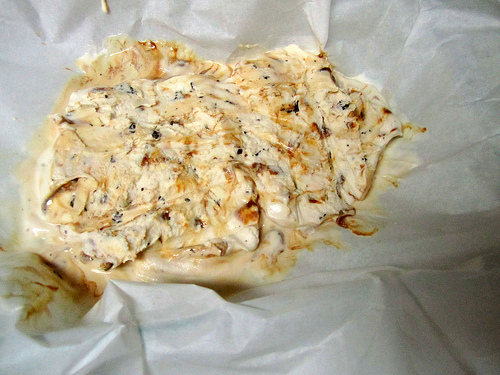 3. Place this in the freezer to re-harden.

5. In a small bowl, sift the flour and cocoa powder together. I don’t have a sifter (I know!), so I always use a wisk. 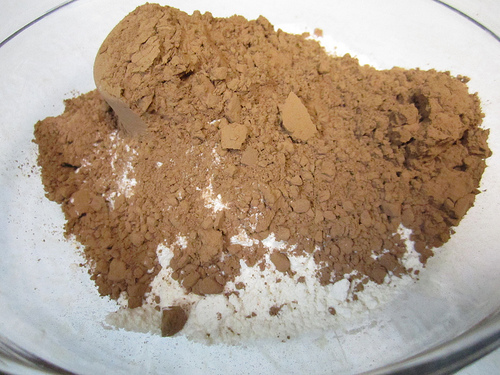 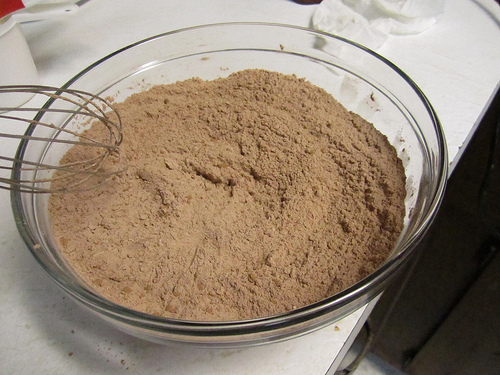 6. In a large bowl, beat the sugar and butter together until soft and fluffy. I used an electric hand mixer for the next couple of steps. 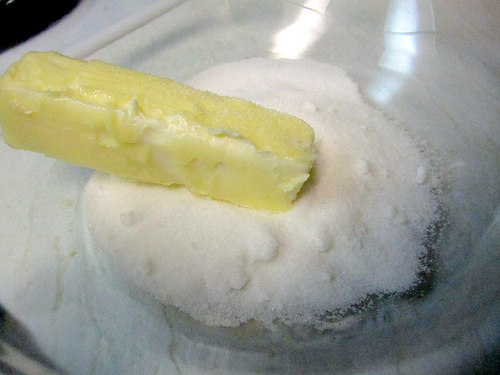 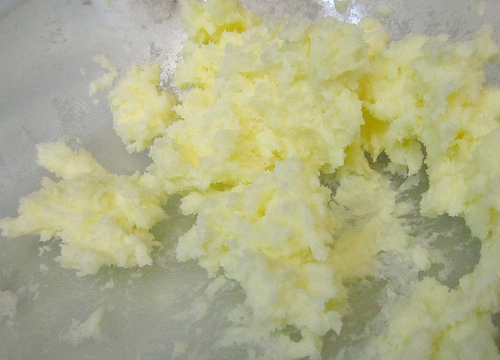 7. Then beat in the two egg yolks. 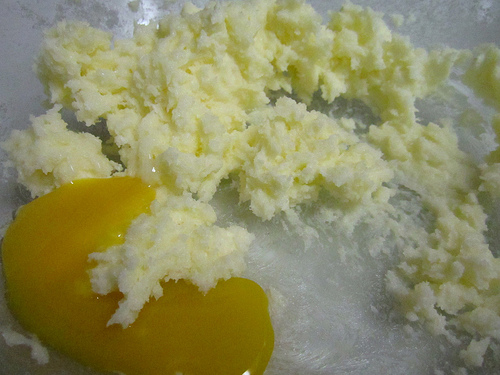 8. Add in the cocoa and flour mixture and continue to mix. It’s going to look very crumbly. 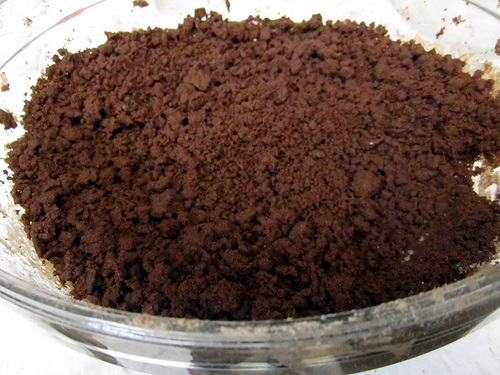 9. Don’t forget to add the vanilla. 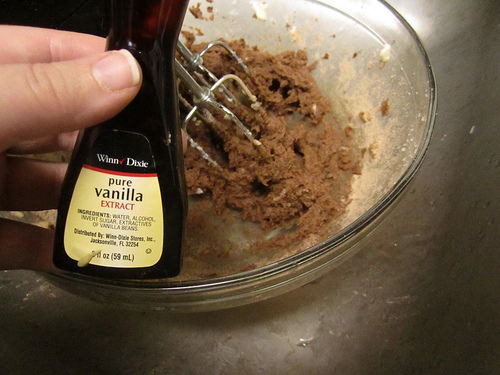 10. At some point, I had to switch to a wooden spoon to combine all of the ingredients. Once everything is combined, pat it down into a ball (or a blob, in my case) and transfer it to your rolling area. 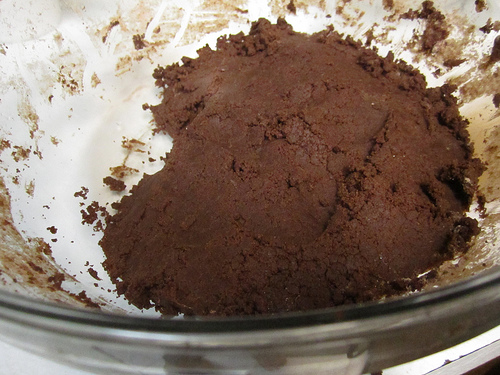 11. Prep your rolling pin with flour and roll out the cookie mixture until it is about 1/4 inch thick. 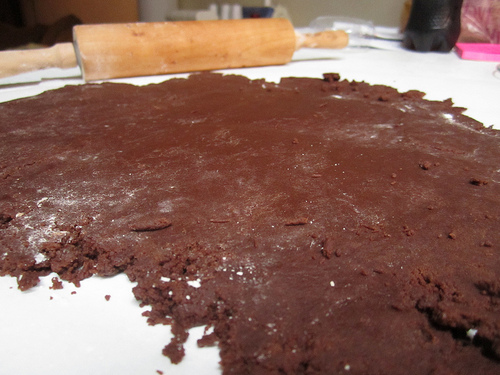 12. Use your cookie cutters to cut the dough into a square shape. 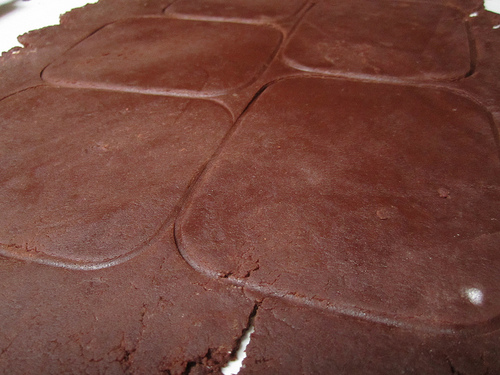 13. Place on a parchment paper lined baking sheet and bake for 15 minutes. 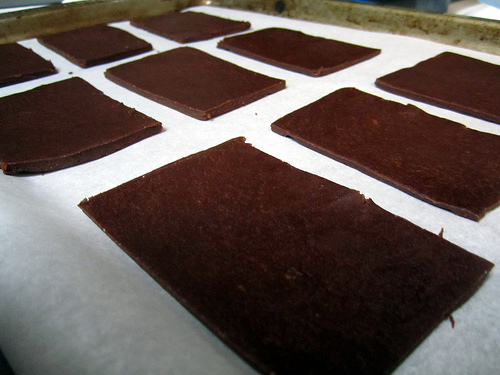 14. Let those cookies cool. Now go grab your ice cream. At this point, the gelato was as firm as it was going to get. It might take a little longer if you’re using ice cream. Use the same cookie cutter to cut out your ice cream. Then place the square ice cream on top of the cookie. Since the gelato was lacked shape, we just did something like this:

15. Cut the shape of the gelato with a knife, which didn’t really work, so we just sort of scooped it up instead. 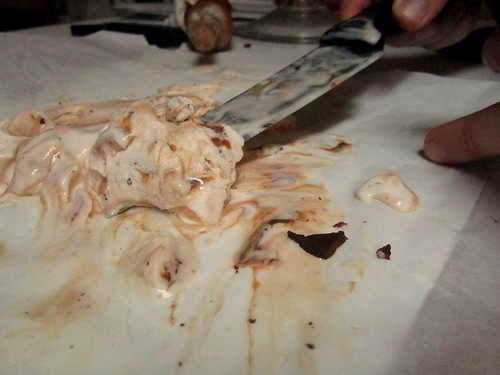 15. Place a blob of gelato on top of a cooled cookie. 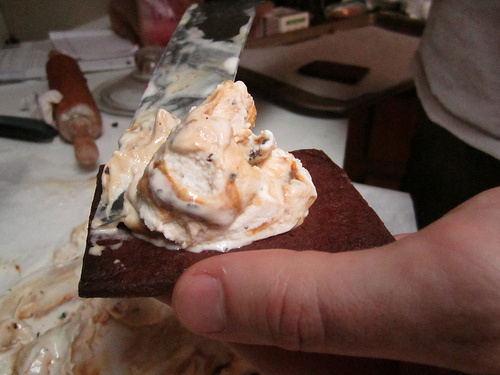 16. Squish it with another cookie and use your fingers to lick up the stuff that falls out on the side. 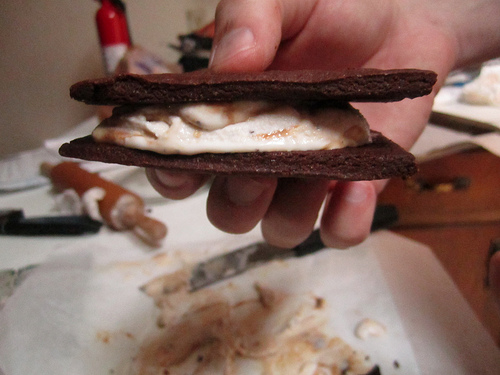 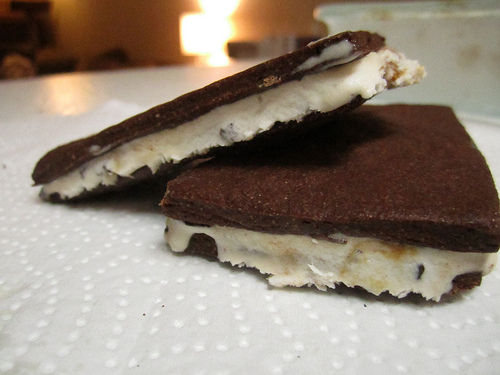 After a few hours in the freezer, the gelato firmed up. These were absolutely tasty. The cookie tastes like a mix between an Oreo and a shortbread.