So, enter the pumpkin chiffon cake – the first autumnal food of the wannabe season.

This one comes from Rachel Ray Magazine (recipe link).

I had all of the ingredients in my house (bonus!), including pumpkin, which I hoarded from the great canned pumpkin shortage of 2010. 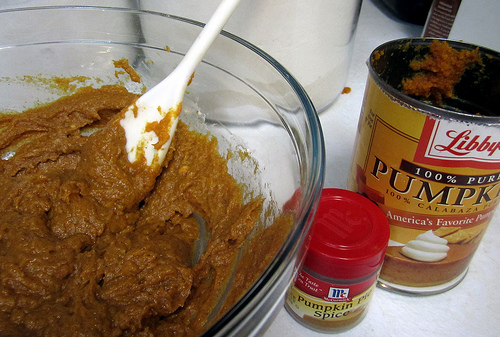 Sorry if you had a hard time finding pumpkin last year. I could have been at fault. I grabbed the last 5 cans at Target and didn’t look back. Then I generously gave them out to my friends. “Oh, you couldn’t find any pumpkin? I have pumpkin, but you see…My car could really use a wash…”

The hardest part of this recipe was whipping the egg whites. 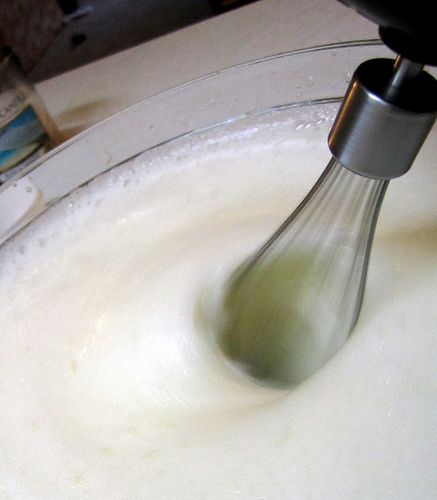 My biggest first-world problem is that I don’t have a stand mixer. This electric hand mixer and I have been through some really though (read: emotional, angry, martial) times. And although I would drop it in a second for a stand mixer, I believe this hand mixer and I were meant to be together – mostly because I’ll never be able to afford the alternative.

So when a recipe says whip the egg whites for ten or fifteen minutes (a.k.a. eternity on a hand mixer), I just don’t. I whipped it for a few minutes before my arm fell off. 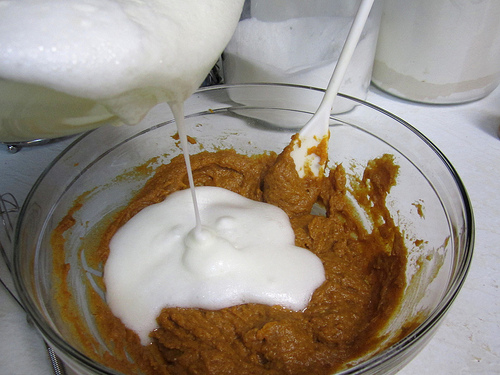 So the cake didn’t rise. Oh well, it doesn’t affect the taste one bit. I think I made a rookie mistake of not whipping the egg whites enough. My hands got too tired! 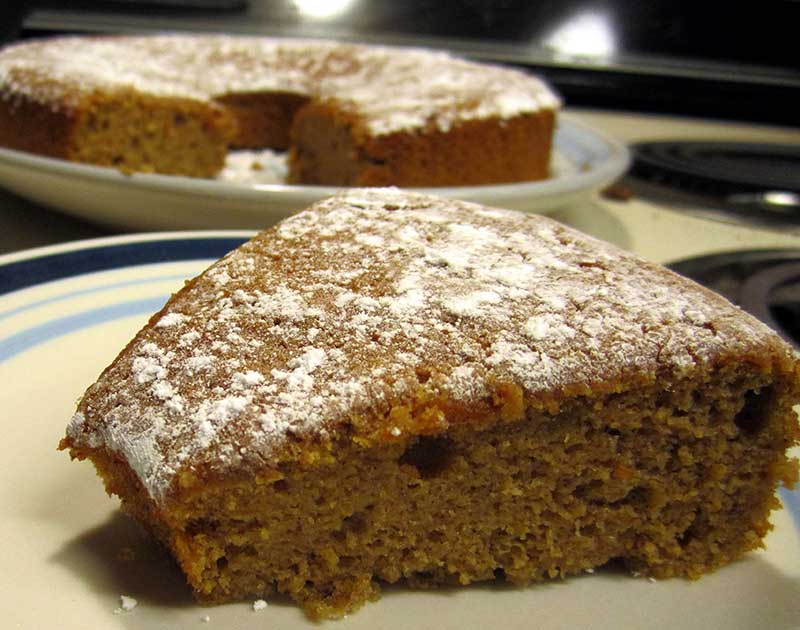 It was a tasty cake, say my friends. I didn’t have any since I don’t like pumpkin flavored things. That probably makes my pumpkin hoarding story even more ridiculous.

One thought on “forcing the season: pumpkin chiffon cake”