New Orleans Day 2: aka The Foodies Eat and Drink Themselves Silly

We worked up quite an appetite after exhausting ourselves the first day in NOLA. We woke up and did some shopping. Then we embarked on our food adventure. Every website we referenced planning this trip mentioned the great food and told us to come prepared to eat. We ate so much this trip, I sort of got sick of food, which has never happened before.

Early in the day we headed over to Central Grocery for their World Famous Muffulettas. 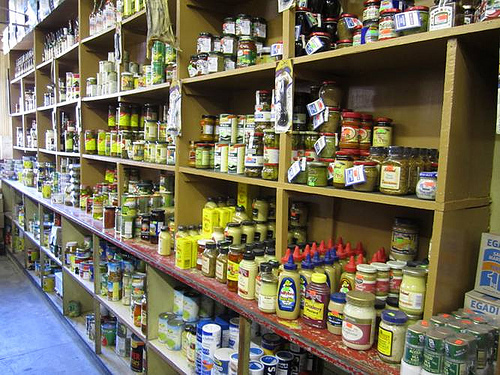 The grocery has become super touristy, I couldn’t imagine being a local and shopping there. However, it is pretty much stocked with all sorts of Cajun spices.

The sandwich originated here more than a hundred years ago. Now you can find them anywhere in New Orleans. There is almost always a line, so we headed there around 10:30 a.m.

Ryan got a half order. 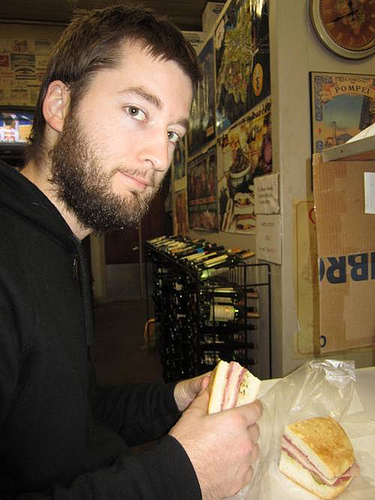 Look at that face. The face of hope, joy, and world peace…or possibly just the face of hunger. He always has this look when he’s around good food.

Muffulettas are famous for their olive salad mixture and Sicilian meats. 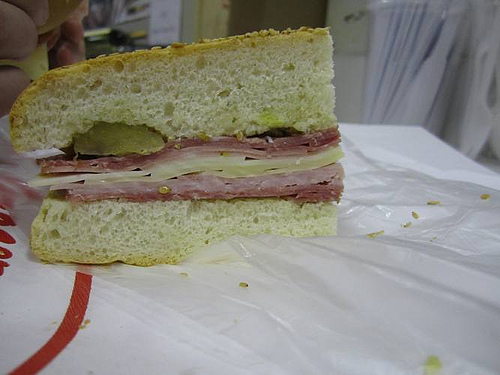 This particular Muffuletta was non-vegetarian, so we headed over to the Chartres House for my lunch. I had the option to get an eggplant muffuletta, but I’ve had muffuletta before, so I picked this instead. 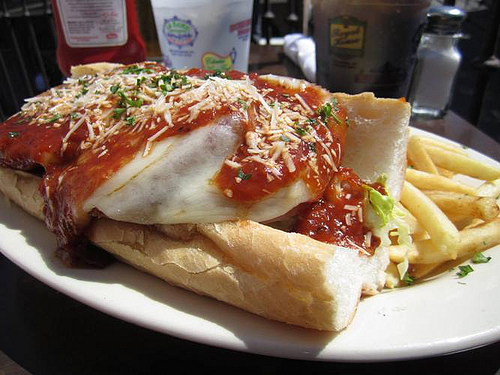 Vegetarian po’boy. Holy cow. I’ve never had a po’boy before, but who knew tomato sauce and pickles would taste so good together. Ryan also ordered some local beers where were pretty good, but we never found out which brewery they were from and it’s not on their menu.

Here’s the view from the Chartres House. We were able to sit on the balcony and watch the street below. 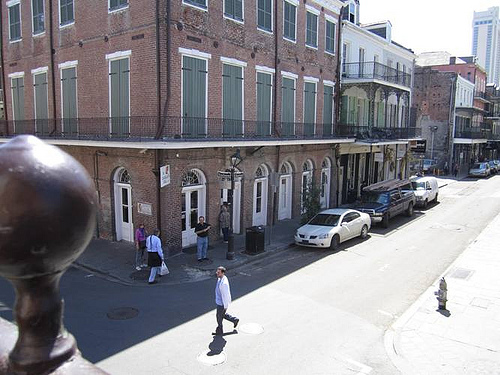 We headed over to Bourbon Street, which was surreal. It’s hard to picture a street composed entirely of bars until you walk on it. I had one of their famous Hand Grenades. 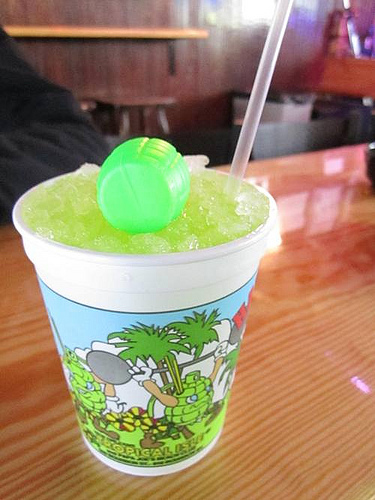 This is a small. They’re usually served in this giant plastic grenade shaped cup. My rule of thumb for liquor is “don’t drink anything that glows.” This was a fun exception. They won’t tell you what’s in the hand grenade, but it was certainly some type of melon liqueur, which is my favorite type. You can get a hand grenade in only five locations in the world, all on Bourbon St. We got this at the Funky Pirate Bar. Ryan had some Abita beers, which you can find anywhere on draft in NOLA.

We went back to the hotel for a late afternoon nap and woke up to venture out to the Gordon Biersch Brewery & Brew Pub. We were able to sit at the bar, which has a view of the brewing room. 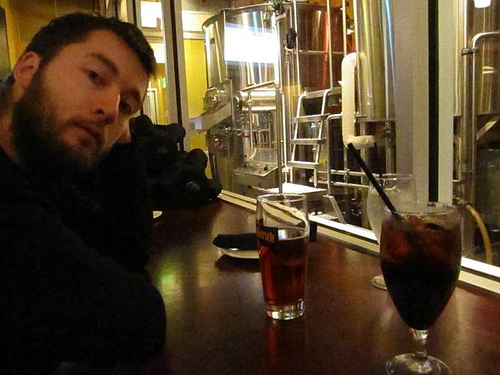 I had one of their brewed root beers, but it was so sweet I couldn’t drink it.  They had a vegetarian menu, but it was new and the cooks were completely unfamiliar with it. They messed up my order twice. I did get a free meal from it though. Ryan had steak.

On our ventures we stumbled across the Louisiana Loom Works. Unfortunately, it was closed. I wanted to go back, but it never worked out. I did, however, want to feature it on my blog. They make beautiful rag rugs on their giant looms. You could see them from the street. They were all so beautiful. But what really caught my attention was cats, lots of them, all over the store.  You can also see the rugs and kitties in their photo gallery.