Here’s a post full of cakes! I had my second Wilton Method class last week where I made this beauty: 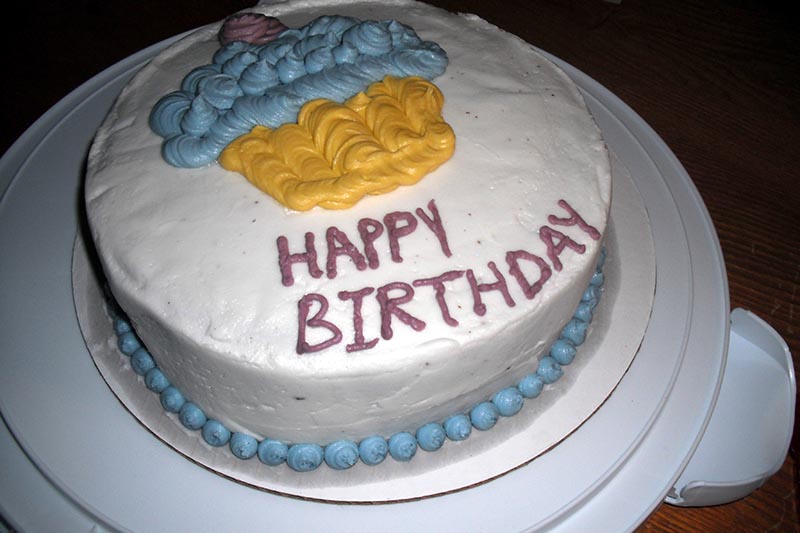 Well, maybe beauty  isn’t quite the word, but it has character. I was really unhappy with the dying gels. They were a little darker than I wanted. 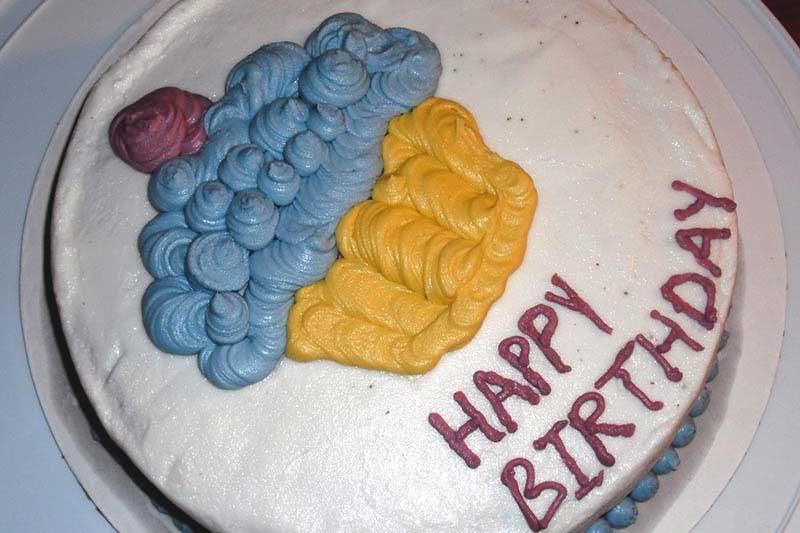 I also couldn’t quite get the motions on the cupcake right, so instead of looking fluffy, it looks like clouds. 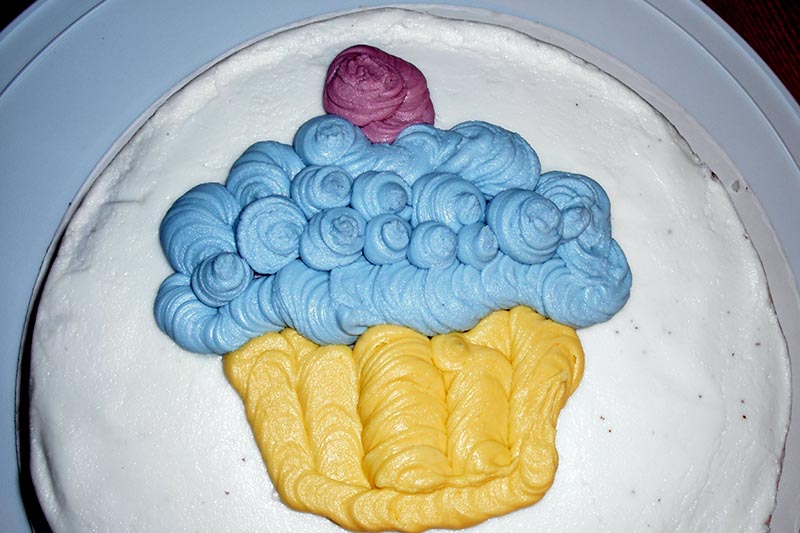 The decorating class ran into my friend’s birthday. So I quickly ran home and wrote “Happy Birthday” on the cake. It turns out, I am an awful judge of distance and symmetry. Luckily, I was able to redeem myself this weekend and make her another cake. 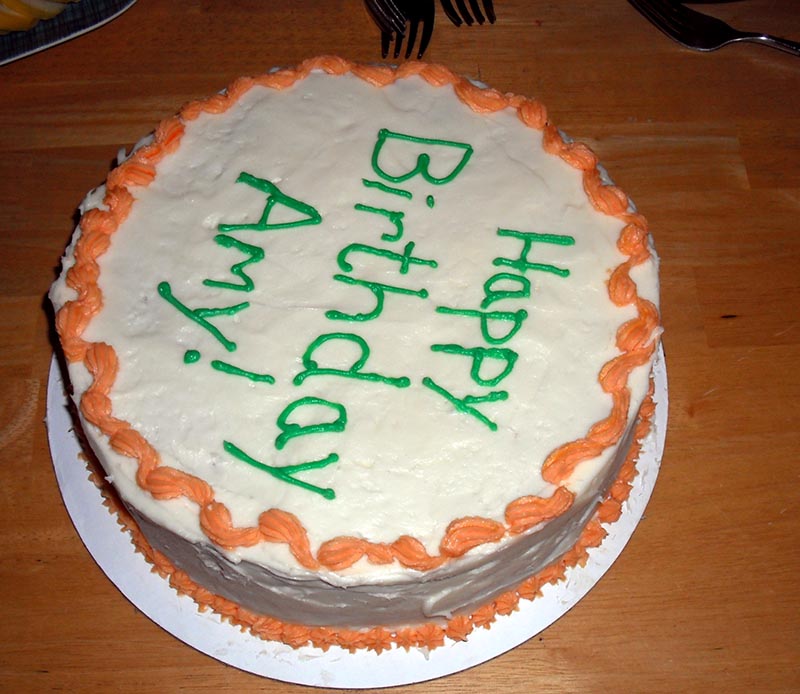 With a little more time I was able to get the writing a little cleaner. This was also a cake that I made from scratch, including the icing. It didn’t have Wilton’s disgusting stuff, but instead was a cream cheese frosting. 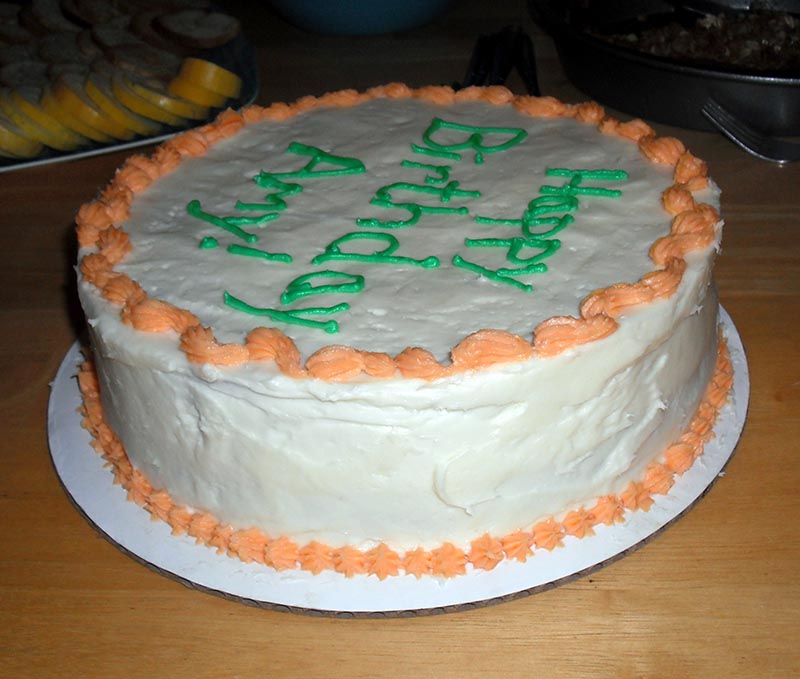 I did see why Wilton uses the lard/confectioners sugar combo icing, because my cream cheese and butter started melting. I also used regular food dye instead of their gels. I was much happier with the color of this one. 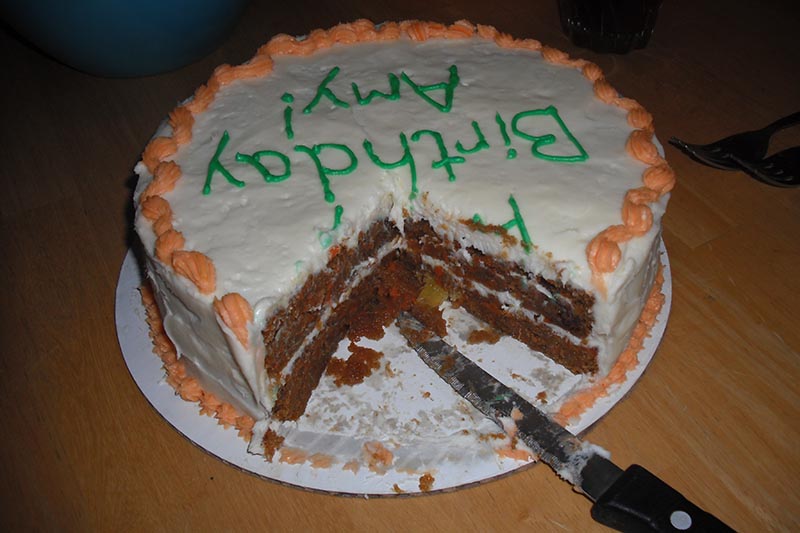